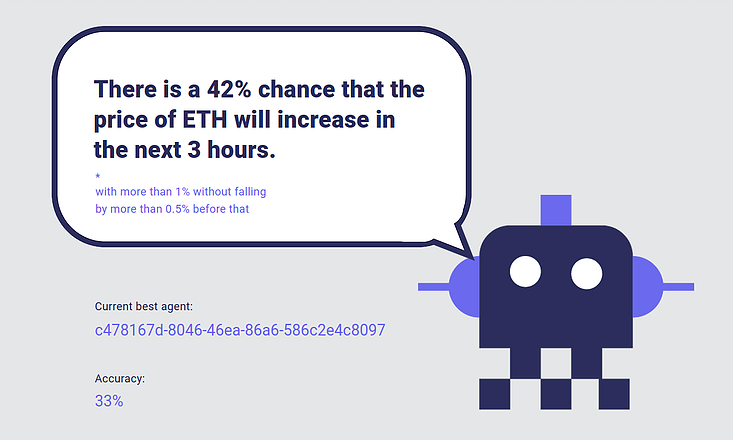 Did you miss our presentation in Prague? No worries. Here’s a quick recap on the latest developments around ScyNet and what we talked about at the inaugural Æternity Universe One event.

Don’t fight technological progress. Just do it the right way.

We have passed an important milestone. Recent developments have shown that metaheuristic algorithms can effectively automate the process of machine learning. These algorithms require a huge amount of computing power, but might also prove to be the last invention of Homo Sapiens, because they are automating the automation.

At Comrade Coop, we dream this invention will be open and inclusive, rather than proprietary and elitarian. That is why we’re building ScyNet as an open-source project. That is why we’re making it a decentralized network that incentivizes nodes to supply computing resources for AutoML algorithms.

The ScyNet infrastructure can be a foundation for countless applications in reinforcement learning, regression, and classification. And from all those, we chose to begin with algorithmic trading of digital assets.

This isn’t news to you if you’ve been following our blog. However, the exciting part is that we have wrapped up a testnet and you can actually see the results of the above-described architecture in action!

The way it works, we have set up an AutoML node that spews AI models, specialized in predicting the ETH/USD couple. The models are packed as jobs, together with a training dataset and a performance metric. We have also set up a computing node to pick up jobs and train models on the provided data.

After an optimal performance is achieved, the trained models are evaluated and returned to the AutoML node for ranking. The AutoML node is now able to learn which model designs worked better, thus creating an improved stream of jobs for the next cycle.

On the demo page, you’ll see displayed the probabilistic suggestion of the currently top-ranked AI model. But as time goes on and the AutoML node evaluates and adjusts its approach, it will create better and better agents which will eventually reflect on their prediction accuracy.

We’re prepping up for a Token Donation Event!

ScyNet made some brave steps since its inception, yet we’re at the very beginning of the long road towards fully democratizing the access to modern AI technology. That is why we’ve decided that the best way to continue is by involving the public in a fully transparent donation campaign.

The money will be used to kickstart the network and building more applications on it. In exchange, benefactors would receive tokens via autonomously run auctions, where the price would be decided by a simple supply/demand mechanism. The Token Donation Event will last for more than a year.

If you want to participate, go to scynet.ai/donate and subscribe for the latest news. As soon as we have ironed the details of the upcoming donation event, we’ll hit you with an email!

You can watch a recording of the full presentation at Universe One here: